They say a picture is worth a thousand words. These eight pictures get you 470 of them. That’s not such a great bargain I suppose, but it’s a mite better than what my customer got last year. Her 207 pictures of George Washington got her nothing.  Read on to learn how a twenty-four point tune-up turned up a repair that was paid for but never performed.

About a year ago Rindle Replacements worked on this 1997 Bryant furnace. 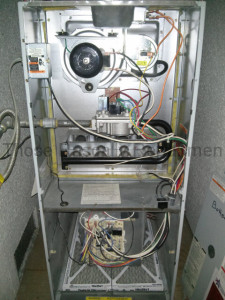 They performed this tune-up special. (Click the picture to enlarge.) 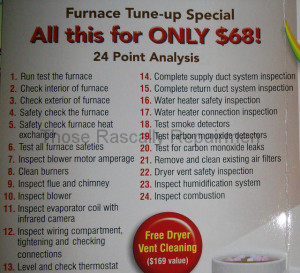 While there, the repairman persuaded her to sign up for their membership program. Membership entitled her to several benefits, including a 20% discount on repairs.

While performing the tune-up, the repairman found that the “ignition system is high on resistance” and recommended replacing it.

The repairman is gilding the lily with that description. The furnace’s “ignition system” is just this igniter. The whitish discoloration indicates that the igniter has been in service for years. Since carbide igniters are well known for wearing out, it made sense to replace it. 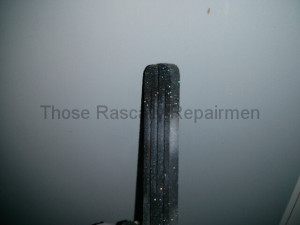 And so, per the invoice, it was replaced. As you can see, the homeowner was charged for the tune-up and a new igniter. She received her 20% discount. Not only was the price reasonable, it was less than what I would have charged.

But wait… how could I have taken a picture of the old igniter a year after they supposedly replaced it? I couldn’t. They didn’t. They didn’t replace the igniter, that is. The igniter I found in the furnace was ten years old. The “0334” means that it was made in the 34th week of 2003. 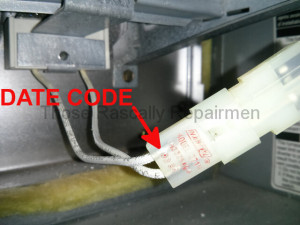 Furthermore, most repairmen would not have installed a carbide igniter. Nitride igniters last longer and have been available for years. This is the new nitride igniter I installed. 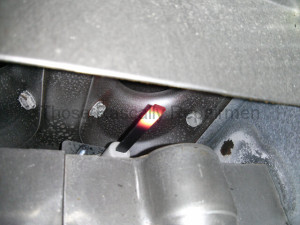 It seems that they not only failed to perform the repair they were paid for, they didn’t even do the maintenance that got them there in the first place. What were they doing? Apparently they were just, well… Van Pattening around.

It’s shocking to think that a Cubic Zirconia Certified contractor with a four star rating on Yowl could do this, but they did and they do. Until homeowners finally stand up and say enough is enough, they’ll continue to.

Update: You may have noticed that the invoice mentions the need to replace the old inducer motor because “it’s going out soon”. I just traded emails with the homeowner. That old inducer motor is still running lo these two years later.