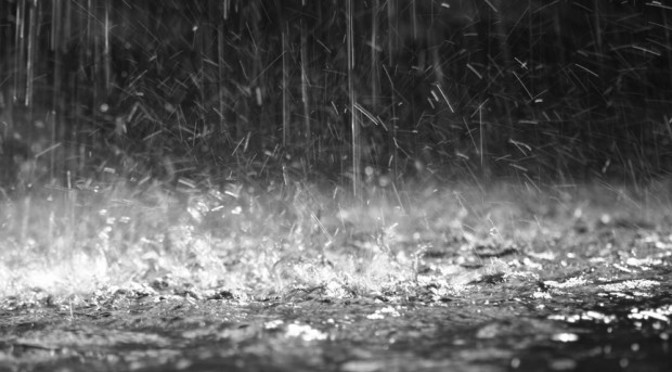 This furnace had an intermittent problem. The Requisition Technician got the call to fix it. He blamed an incorrectly angled exhaust pipe. He said he doesn’t work on such things, but neither did he refer anyone that does. Req Tech then charged the homeowner $80 and left.

Getting soaked for $80 was bad enough. The fact that the diagnosis was so obviously wrong was even worse. Why obvious? Because the exhaust pipe has been that way since the day it was installed. It’s illogical to think that it would have worked fine for all these years only to cause a problem now.

The black pipe that starts in the middle of the furnace, heads right and then up is this furnace’s exhaust pipe. The horizontal portion is supposed to angle up a bit, but it’s angled down a bit. Technically speaking that’s incorrect, but it hasn’t caused problems in the past and it’s not causing them now. 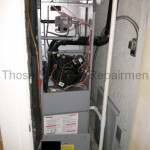 What is causing problems now is the weather. We’ve had diluvial rains of late. The furnace’s exhaust pipe terminates to the roof and points up. It’s allowed to get rainwater in it. However, with such heavy rain the excess of water has interfered with the furnace’s pressure switch and caused erratic operation. A $12 cap will solve the problem. As the infamous lip synchers might say, blame it on the rain.

What’s also causing problems now, at least for Req Tech, is the fact that this furnace is an off brand. I’ve seen very few of them in my career. Given his inexperience, I’m sure RT has seen even less and perhaps none. Deprived of the familiarity that a parts changer relies upon, and lacking even basic troubleshooting skills, he was lost – as was the homeowner’s $80. RT can’t blame that on the rain. Girl you know it’s true. Ooh, ooh, ooh…

I owe you an apology. Regretful eighties nostalgia is almost as bad as those rascally repairmen. ;^)